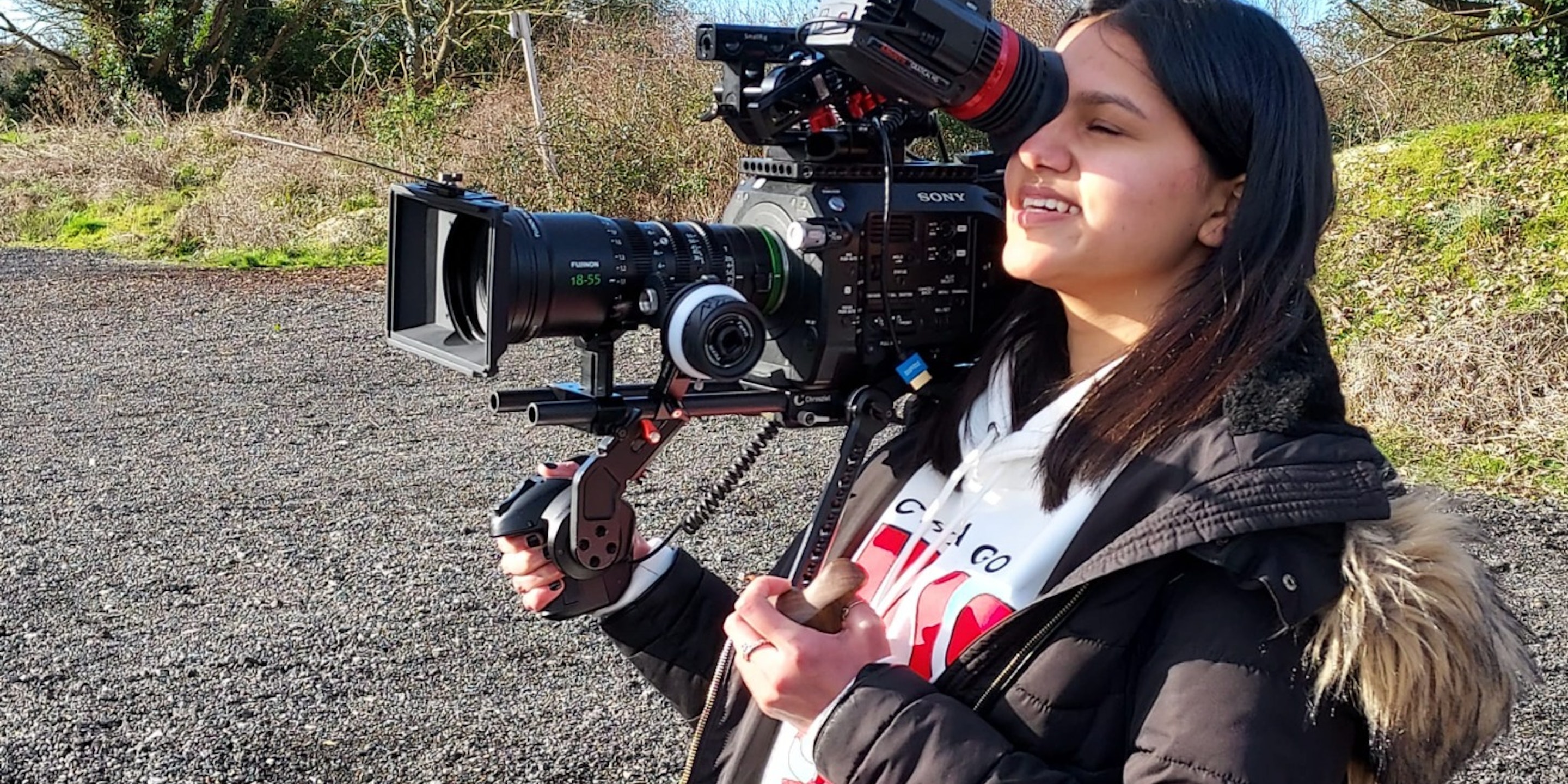 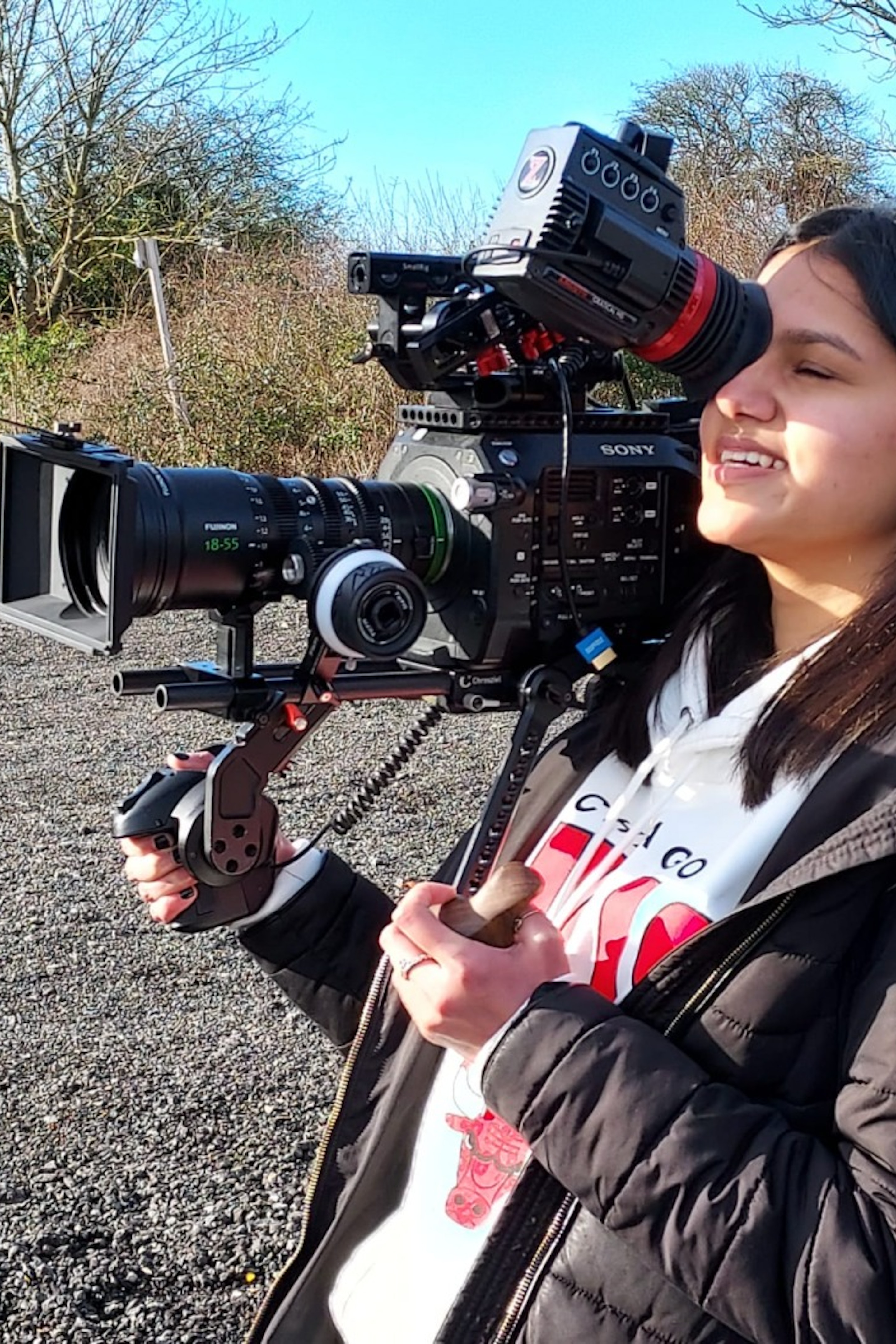 Hi, I’m Zara, a second year Media Production student at the University of Brighton. Part of my course is to undertake a month of work placement in the media industry, so I decided to spend it working at Big Egg Films. Here's a brief overview of some of the things I got up to...

I started my first day of placement remotely, spending it on a Zoom call meeting Adam and the rest of the team, learning about Big Egg and their workflow. My first task was to research different video production companies in and around Brighton that could inspire Big Egg to grow and develop.

After spending the first few days working from home, I was able to go into the Plus X building and meet Adam in person, where he gave me my first practical task.

I was to go to Brighton Beach and film time lapses and slow mo’s using a Panasonic GH4 as part of a series on Big Egg’s Instagram called "Brighton from a Different Angle". I really liked using the camera and it helped me to grow my confidence in editing when using After Effects and Premiere Pro.

My second week involved interviewing Adam’s old boss Becks Montgomery, who is head of creative at Recipe Advertising. I  was tasked with asking her questions about her job and had a great conversation with her about women in the media industry to gain some insight to form part of an upcoming blog for Big Egg.

I conducted the interview on Zoom, so then spent the rest of the week editing two versions of the interview – a shortened version for IGTV and a longer version for YouTube. Stay tuned to Big Egg for more updates on when these are released!

Interviewing Becks helped me gain some knowledge about a media sector I didn’t know much about, and is something I’m now interested in researching further.

My third week involved my first shoot! This shoot was for a collaboration between Crawley College and Orchard Hill College, following an epileptic student Ben and his journey on going to a mainstream college. I really enjoyed this shoot as I learnt how to use a boom mic – which was really heavy!

In addition to this, I was able to able to observe the different aspects of a shoot, and documented this via Big Egg's socials which you can check out here.

My final week at Big Egg was a busy one. Two shoots in one week, so a lot of pre-production, which I learnt makes up 90% of the project. The first shoot was for Carousel Art, following 18-year-old George and his walk around the Downs. The views around the Downs were amazing and definitely made up for how cold it was! For this shoot I used the GH4 with a gimbal, taking some behind the scenes shots as well as B-roll footage. I also used a drone to film some of the views across the Downs, and it was funny to see all the sheep running towards it, confused as to what it was.

My last day at Big Egg was spent on a shoot for IMechE, an engineer company. This shoot was different to the other ones I’ve been on because I was a runner. This meant going down to the café getting cups of tea, lunches, and anything else the cast and crew needed. The team at the café ended up knowing exactly who I was, especially after I had to ask them for 8 bottles of water and 10 lunches! This shoot got me thinking about the type of work I want to go into because running is typically how you get into the industry.

I was quite nervous that I wouldn’t like running as it’s a fast-paced job where you must talk to a lot of people, but I really enjoyed it! Having to be organised and talking to loads of different people from varying walks of life interested me and is something I wouldn’t mind doing in the future.

I’ve really enjoyed the month I’ve spent on placement at Big Egg Films and have learnt so much, so thank you to Adam and the rest of the team!